Most people quickly pass through the small neighborhood of Historic Filipinotown, situated below the 101 Freeway and adjacent to LA’s bustling Downtown. The nearby neighborhoods of Echo Park and Silverlake were also relatively overlooked not so long ago, but have been revitalized with hipster cafes, art exhibitions, and trendy music venues.

Gabba Gallery moved into Filipinotown and put the district in the spotlight. The gallery started The Alley Project in 2014 to brighten up the litter-filled streets of the district by taking the artwork outdoors thus beautifying the area with free public street art. And the results are pretty awesome.

Filipinotown Dourone mural
This monochromatic piece is just one of the two murals in Filipinotown created by the French and Spanish artists known collectively as Dourone.
The once dingy (and still dumpster lined) alleyways are now brightened by over 110 vibrant murals and street art pieces attracting both local and international artists. The walls and sidewalks outside the Gabba Gallery are just as decked out and colorful as the walls inside. When there’s a show or opening going on it’s free to pop in and have a look. Many of the muralists who have worked in the alleys also have exhibitions in the gallery.

Filipinotown Street Art Murals
Lilikoʻi (passionfruit in Hawaiian) and palm trees, totally my style. pc: photography by Zuri
WHERE TO START
On a typical day it’s common to see visitors wandering the streets near Beverly Boulevard admiring the spectacular artwork. Explore on your own by starting at Gabba Gallery then head up North Vendome Street and follow the painted arrows on the sidewalk that say ART! You’ll easily spot large building-size murals, but keep your eyes peeled for smaller hidden pieces too.

Filipinotown balloon animals
I guess Trustyscribe has an infatuation with Hero’s balloon animals.
Artist Trustyscribe leaves his easy to spot commentary throughout LA. This one is right outside the gallery (a great starting point), but you can also spot his work on almost every block in the nearby streets of Hollywood.

This colorful haku lei (head lei) mural is a stunner and one of the first pieces you’ll probably see because of its size. The ultra-realistic girl staring out in black and white conjures up feelings of old Hawaii.

Filipinotown Mural
WHAT TO SEE
The unnamed alley between North Vendome Street and North Dillon Street is one of the main areas to explore. Everything from the parking lot, gates, doors, and sidewalk are used as a canvas. The small street pops with color thanks to pieces by Iskar, WRDSMTH, Morley, Dourone, Invader, and more. The artists cover many different themes from a psychedelic giraffe and chimpanzee, to vibrant abstract murals and insightful exclamations. Visitors see each artists’ outward expressions take shape through their art.

Filipinotown Graffiti
pc: photography by Zuri
WRDSMTH left his iconic typewriter and some uplifting words in one of the alleys. Another one of his wheatpastes nearby tells visitors to “dream bigger.”

Artist Iskar literally just finished this piece as we were walking up. He told us that his work was on display at the Gabba Gallery for the “Borderless: Latin America” exhibition.

This one doesn’t really need an explanation. The mural is located on North Dillon Street where there are just a few pieces of art.

Phobik is recognized for his graphic novel and comic inspired artwork. He created an entire universe of characters, most famously Phobik God. The California native from Hollywood is self-taught and has had solo exhibitions throughout LA.

Skid Robot uses art to highlight the severe homelessness crisis in the city and gets his name from Skid Row, an area in Downtown LA known to have the highest concentration of homeless people in the country. Skid Robot speaks with the people living on the streets then draws colorful scenes around their tents or areas they sleep drawing attention to the issue. 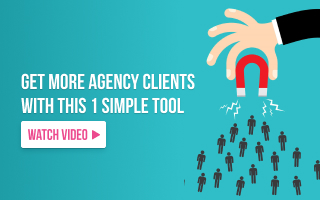